February 28th, 2018. Today, WBA super bantamweight champion Daniel Roman made a successful defence of his belt against challenger Ryo Matsumoto at the Korakuen Hall in Tokyo by winning a twelve round unanimous decision. It was a brutal fight with both fighters trading and landing flush from bell to bell.

The main difference between the two was ultimately the power. Matsumoto showed good movement and managed to frequently make Roman miss. But when the two did connect, it was Californian’s punches who had more of an effect with his opponent rocked several times throughout the bout. Most of the rounds were close but had Roman edging the challenger on most occasions which was reflected in the one-sided scorecards. It was Daniel’s first defence of the title since winning it in September of last year when he beat Shun Kubo, also in Japan. 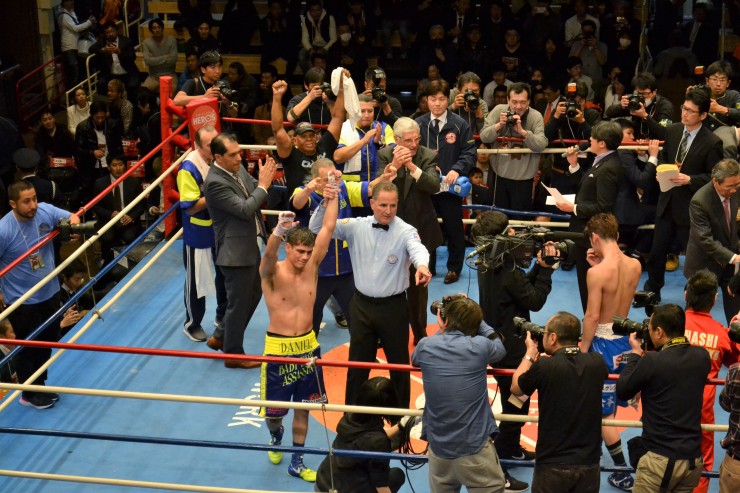 Matsumoto, with a ten centimetre height advantage over the champion, tried to keep him at a distance but failed as Roman’s heavy hitting forced him back for much of the fight. Roman won the fight in the packed but small Korakuen Hall venue which was filled to the brim with fans of Matsumoto who is a member of the same gym as Naoya Inoue.

This article was also posted here.